At the moment trading bitcoin is a a bit of a hype. Many investors are seeing bitcoin as a way to get rich. Can’t blame them for seeing it as this way. I mean if you look at the graph below, you will see that Bitcoin has gone up crazy in value this year.

If you look at transaction of Bitcoins on thursday 23rd of November in the pic above. You will that at that time more than 349k transactions has been made. So people have buy and sold bitcoins to each other more than 349k times. That’s is phenomenal. As you can see there a lot of trades out there with Bitcoins. The second thing that you need to be aware off is high volatility. The price value of bitcoin is jumping up and down alot. Which is good news for us as traders. Because there is a lot of money that can be made off. As in basic thing before you start trading, the first thing that you need to know. Is there enough volatility? The higher the volatility there better it is. Because it means that price value changes a lot. And that there is a lot of people that are participating in the trade. So this way you can always buy or sell it to someone. In this case the bitcoin trading has a very high volatility. 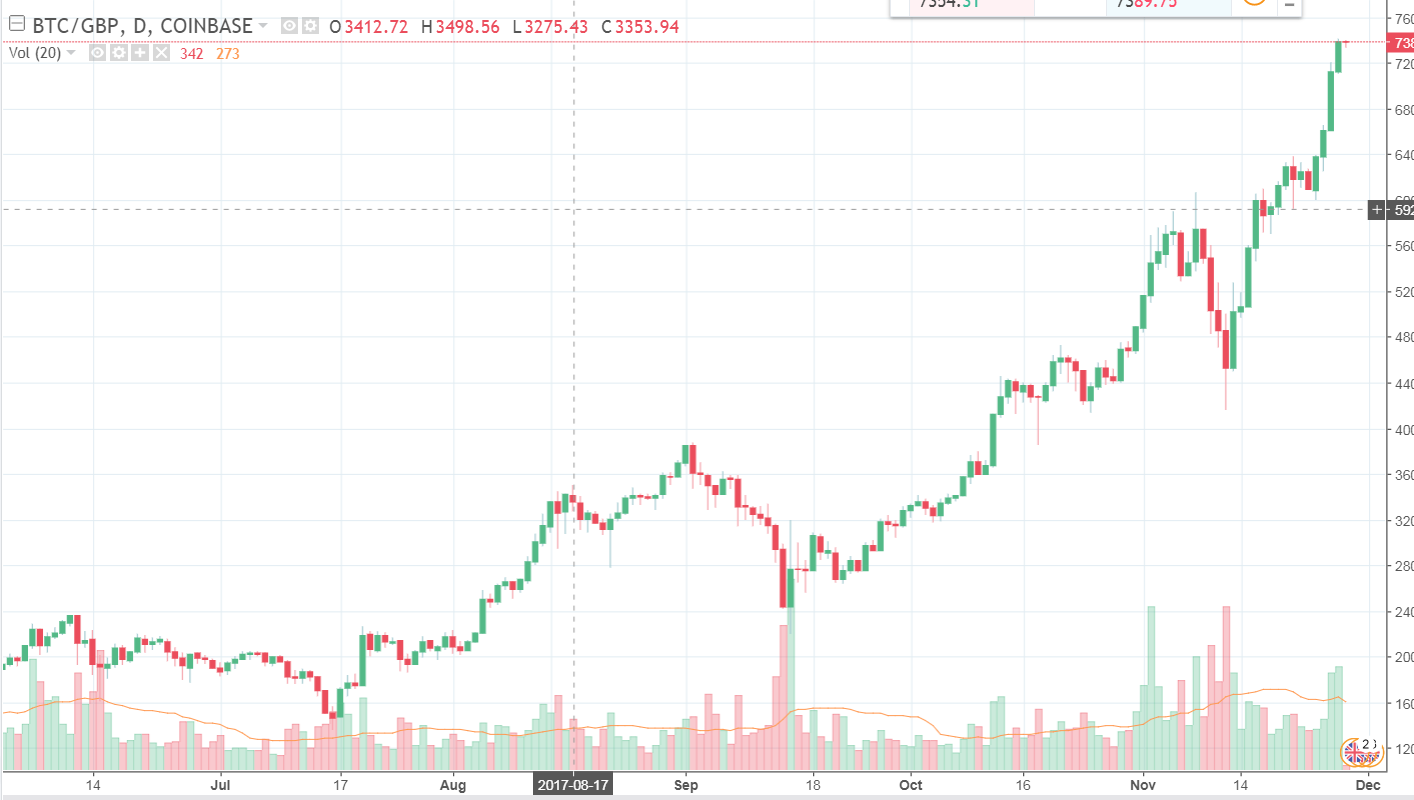 For example you would have made money in the period of Sept. 1st till the 14th of Sept 2017 when the Bitcoin dropped in value from 3600 GBP to 2400 GBP.  The profit would have roughly been 1200 GBP for you. Remember alway use a stoploss when you are trading bitcoin. If you want to know more about buy and sell bitcoin on Plus500 then check out this Plus500 Tutorial: How to buy and sell bitcoin on Plus500

Want to join the discussion? Feel free to contribute!

How to Buy and Sell Bitcoin on Plus500
Scroll to top
We use cookies to ensure that we give you the best experience on our website. If you continue to use this site we will assume that you are happy with it.Ok